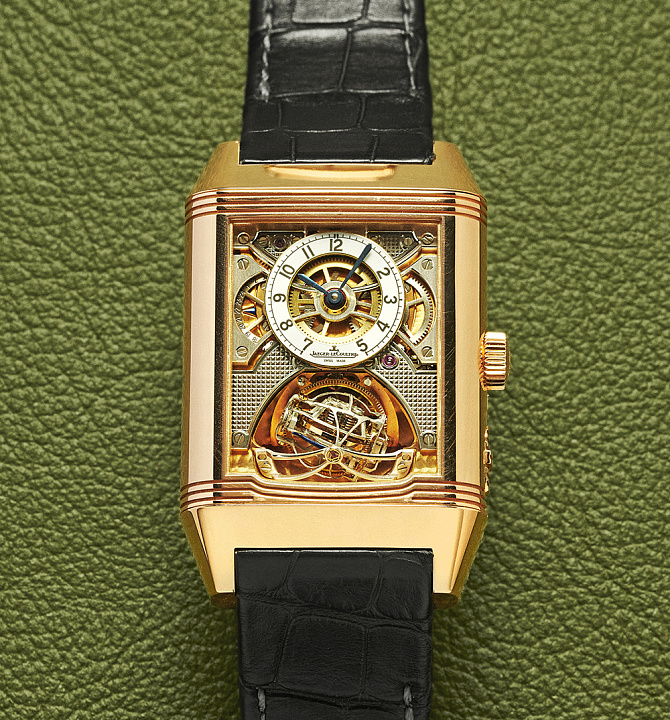 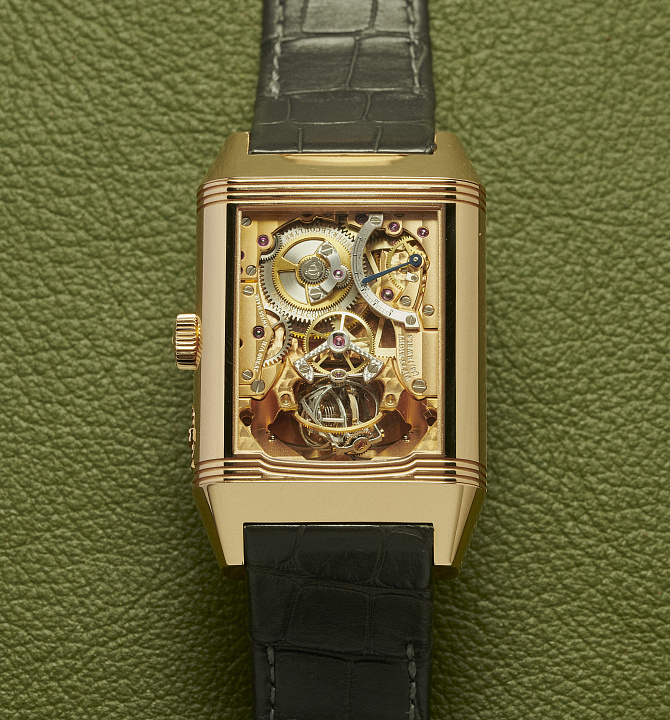 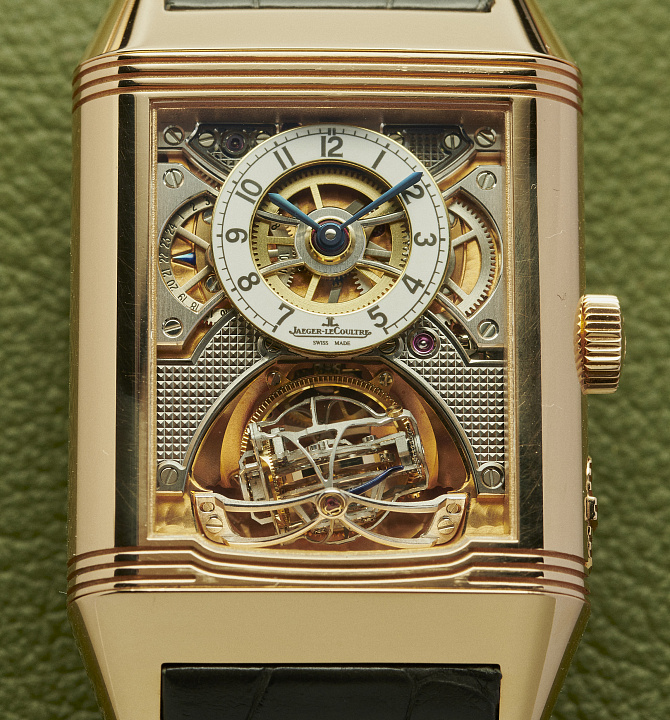 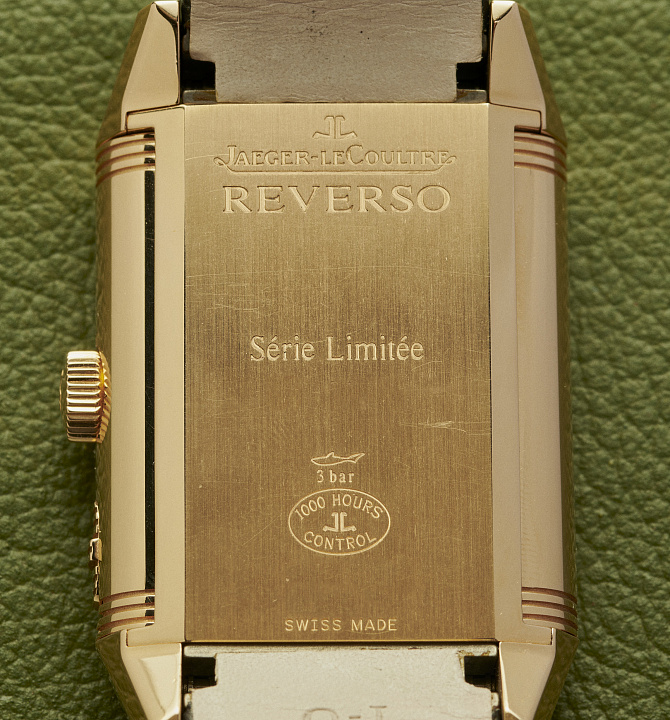 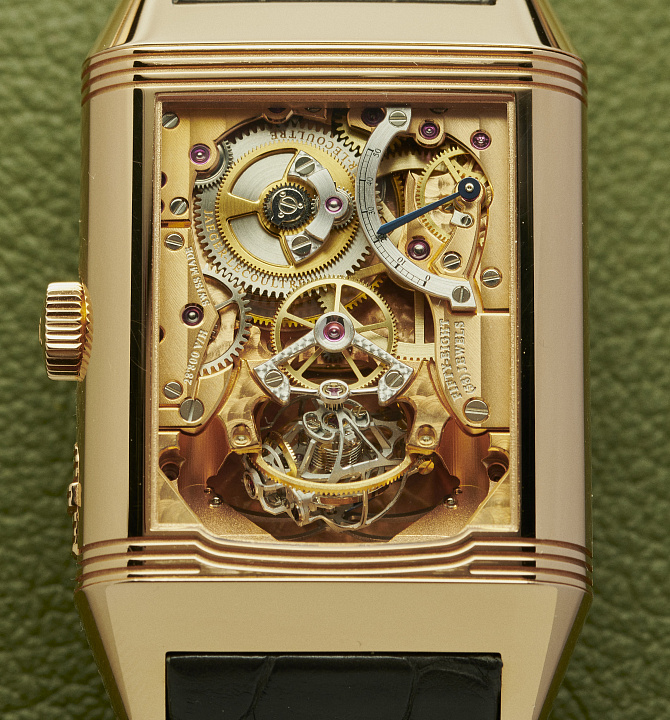 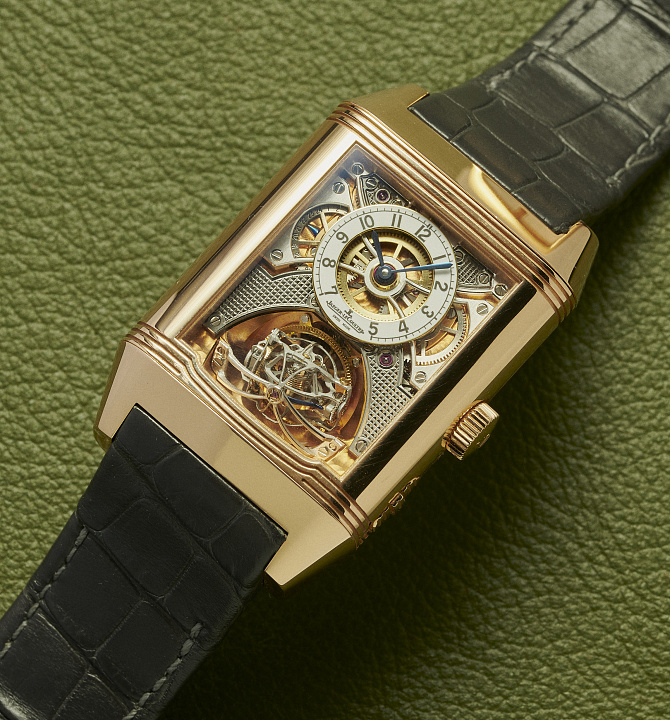 The Jaeger-LeCoultre Reverso Gyrotourbillon 2 Série Limitée Ref. 247.2.07 would be a fine purchase for a collector, who will receive an extremely attractive, unusual, very rare and evidently highly complicated mechanical wristwatch with unique functionality from a world-famous traditional watch brand, one of the undoubted leaders in the haute horlogerie watch market. The present reference is one of the rarest Reversos, issued as a limited edition of just 75 pieces and not reproduced again. The combination of impeccable technical workmanship, exquisite artisanal finishing of the movement parts, and an impressive recognisable design with a legendary reversible case, open-worked dial and spectacular double-axis spherical tourbillon undoubtedly adds to the appeal of this lot.

The Reverso Gyrotourbillon 2, also known as the Reverso Hybris Mechanica 174, was launched in 2008 to commemorate the brand’s 175th anniversary. Three limited editions are known to have been released: in platinum (75 pieces), in 18k rose gold (the present reference, 75 pieces), and in 18k white gold (20 pieces). From a technical point of view, this development is a continuation of the design of the spherical tourbillon started by Jaeger-LeCoultre in 2004 with the Gyrotourbillon watch. At that time the brand, almost simultaneously with two other brands, Greubel Forsey and Franck Muller, undertook the serial production of watches with multi-axis, or spherical tourbillons. Caliber 174, for which Jaeger-LeCoultre redesigned the spherical tourbillon of the original Gyrotourbillon watch, was developed with the rectangular Reverso case in mind. From this point of view, the Reverso Gyrotourbillon 2 should be recognised as the world’s first multi-axis tourbillon with a rectangular caliber.

The present reference is one of the rarest Reversos, issued as a limited edition of just 75 pieces and not reproduced again.

Adapting such a movement to a rectangular-shaped watch was no doubt a major technical challenge for Jaeger-LeCoultre, but the brand saw fit to improve the clockwork mechanics as well. In particular, caliber 174 was equipped with a chronometric-quality helical hairspring with end curves (quite commendably, the brand stated that it was an invention of English watchmaker John Arnold, who had it patented in 1782), a high-inertia solid-gold balance operating at a frequency increased from 3 Hz to 4 Hz, as well as a faster-rotating tourbillon with its inner cage completing a full turn in 18.75 seconds and the outer cage performing a standard one-minute rotation. The technical side of the project was carefully calculated, and in 2009 the 18k rose gold Reverso Gyrotourbillon 2 watch took second place in the Concours International de Chronométrie timing competition, only losing out to another Jaeger-LeCoultre tourbillon.

Especially for the Reverso Gyrotourbillon 2, a large 36 x 55 x 15.8mm reversible case was created, which was equipped with a security bolt developed after the security system used on the Reverso Grande Complication à Triptyque super-complication. This prevented any inadvertent turning of the case. The Reverso Gyrotourbillon 2 was originally conceived as a collector’s watch, so the brand put a lot of effort into the fine finishing of the caliber. The finishing of the two nested tourbillon carriages required special effort – their three-dimensional structure presented significant difficulties for watchmakers accustomed to working with flat parts. The wheels are finished using the circular brushing technique, the screw heads are polished and the pins and shafts are sphere-polished. The bridges and mainplate feature straight grinding, Côtes de Genève, perlage and even Clous de Paris guilloché finishes. The edges are file-drawn, hand-bevelled and polished, including extremely time-consuming meticulous finishing of the sharp inner corners. Such finishing is not only time-consuming but also extremely costly for a watch brand, meaning only a few haute horlogerie brands undertake this operation. Most do their best to avoid the additional cost of this work, which is nevertheless highly valued by connoisseurs and discerning collectors. 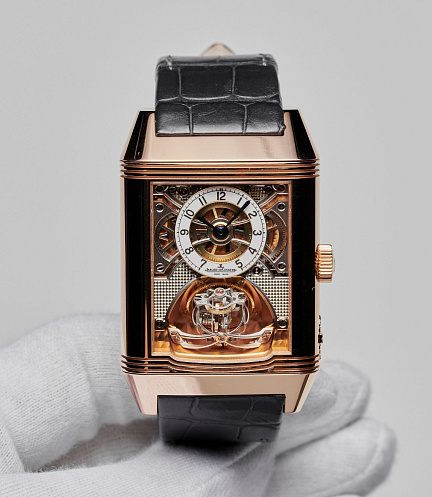 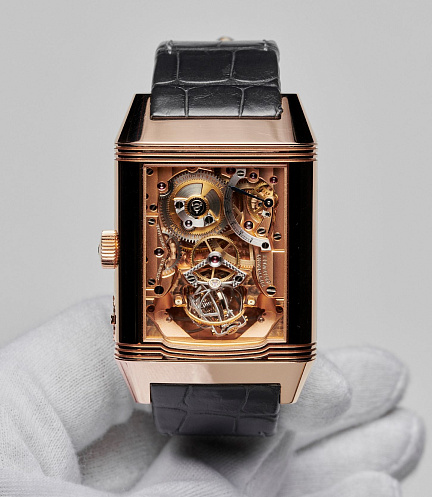 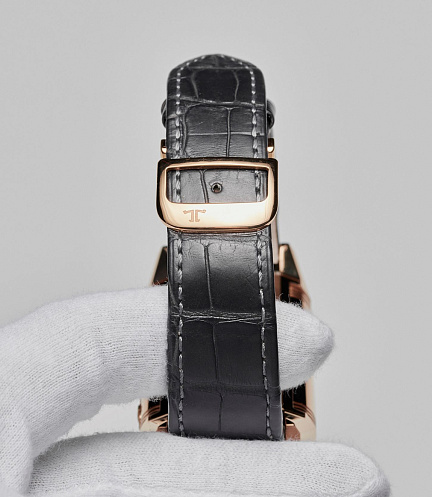 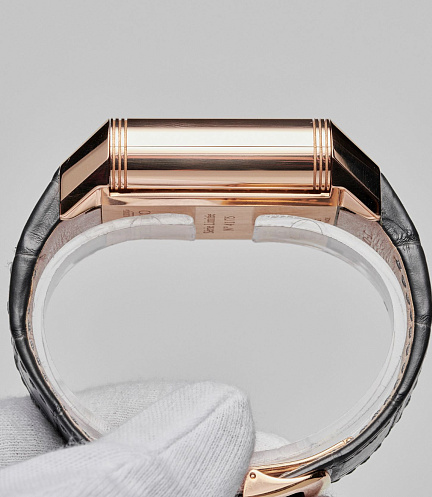 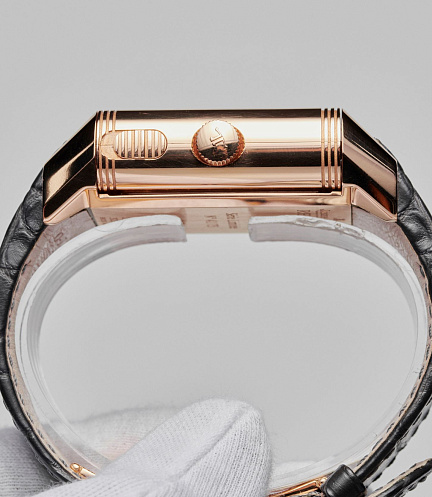 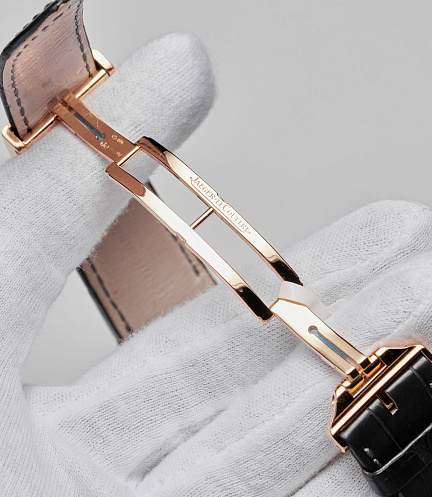 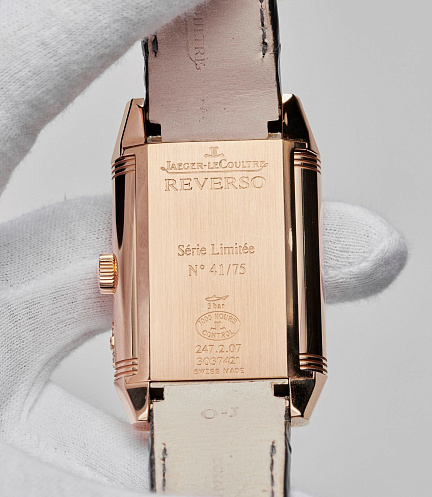 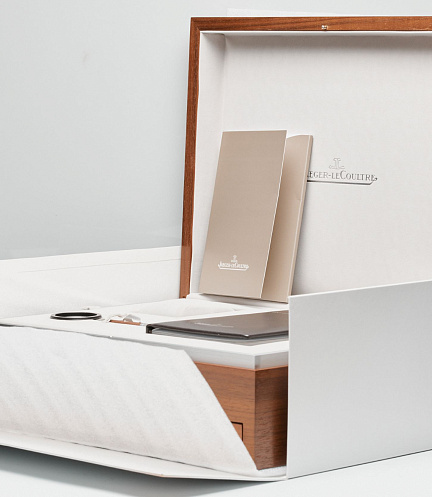 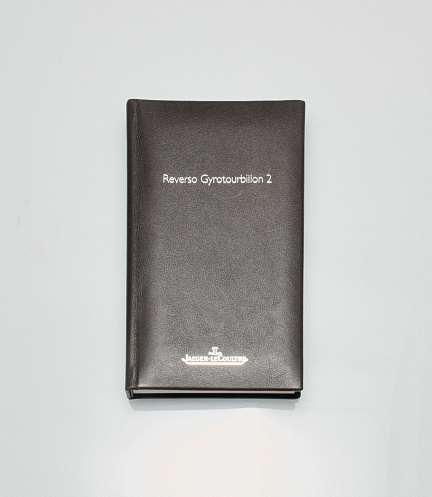