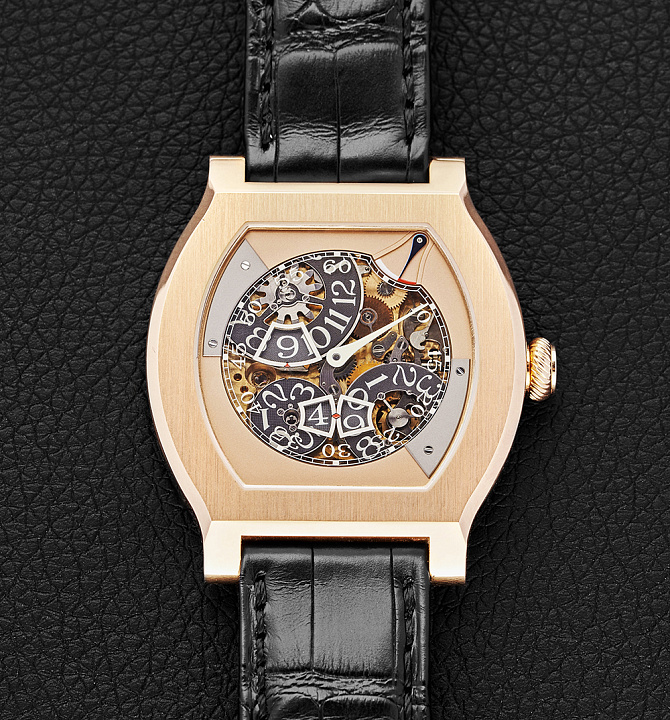 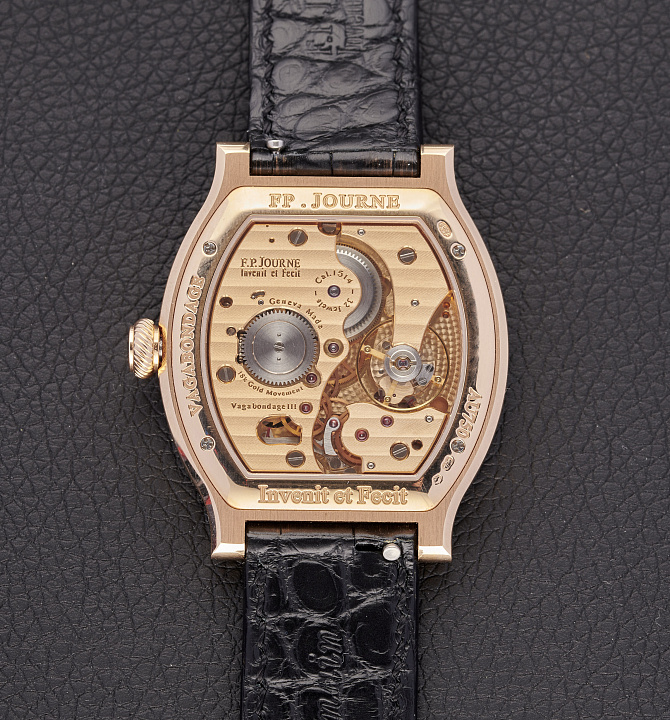 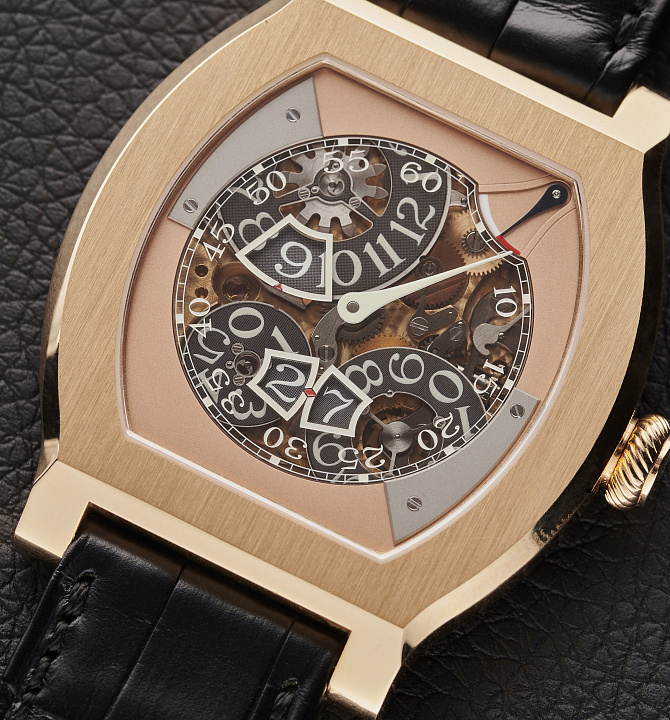 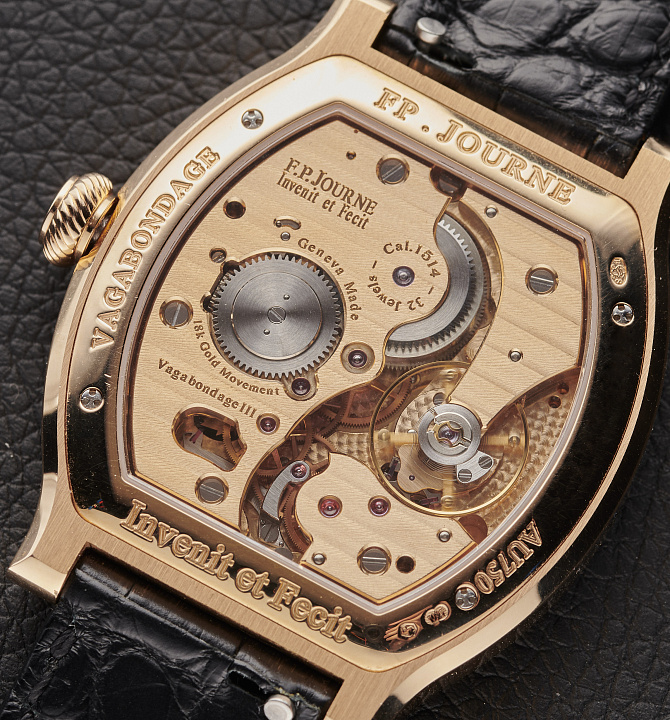 The F. P. Journe Vagabondage III Rose Gold Limited Edition would appear to be an extremely attractive purchase for the collector and F. P. Journe watchmaking expertise aficionado, with an opportunity to obtain a beautiful, rare and complicated limited-edition mechanical watch from this famous watch brand, one of the undoubted leaders in the haute horlogerie watch market. The combination of impeccable technical workmanship, an important and unusual complicated caliber with a digital jumping indication of hours and seconds, exquisite artisanal finishing of the solid-gold movement, the special design of the tortue case and a charismatic deep translucent dial with signature Arabic numerals personally designed by F. P. Journe, undoubtedly adds to the appeal of this lot.

The F. P. Journe Vagabondage trilogy started with the Vagabondage I, the first serially produced F. P. Journe watch not to feature the classic round case typical for the brand, but rather a flat tortue-shaped case. The historical prototype of this watch should be recognised as the unique Carpediem wristwatch, created by the master in 1997 – even before the founding of the brand – at the request of a client. The Carpediem had a round gold case, a silvered engine-turned dial, a balance wheel exposed on the centre of the dial and a wandering hour display of time. The watch was self-winding and powered by a mini-rotor movement prototype developed by François-Paul Journe.

The historical prototype of this watch should be recognised as the unique Carpediem wristwatch, created by the master in 1997 – even before the founding of the brand – at the request of a client.

As rumoured in various publications, Cartier, about to launch the Collection Privée de Cartier Paris line of collector’s mechanical watches in 1998, had expressed interest in developing a movement for this collection with the same functions as the Carpediem unique piece. François-Paul Journe completed the work, but the deal fell through and the development was put to one side. A chance to release a watch based on it was given by a request from the auction house Antiquorum, for its 30th anniversary sale in 2004. François-Paul Journe agreed and produced three unique pieces, in flat tortue- (turtle-) shaped cases made of 18k yellow, pink or white gold. These were sold in support of ICM, a research institute for brain and spinal cord diseases, in Paris. As Antiquorum noted, ‘Vagabondage’ was the name chosen by F. P. Journe, and suggested by the French collector Jean Aube, the client who had previously ordered the Carpediem watch. It expresses the wandering of the revolving frame, which captures the hour and keeps it, while continuing its journey around the dial, to indicate the minutes. It was also announced that in addition to these three unique examples, a series of 66 watches in platinum would be available. Later, in 2004, Journe released the Vagabondage I, but at one of his clients’ requests Journe increased the number to 69. The limited edition includes five pieces made for Sincere Watch that featured the Singapore retailer’s logo on the chapter ring. After that, F.P. Journe, in a series of identically shaped wristwatches with unusual time displays, released the Vagabondage II in 2010, and the Vagabondage III, the present lot, in 2016. A common and peculiar feature of all Vagabondages is that F. P. Journe never signed their dials.

The Vagabondage III, the third and final release in Journe’s Vagabondage collection, was produced in a limited series of 68 pieces in 18k rose gold, 69 pieces in platinum and 10 pieces in a jewellery platinum diamond-set version – 147 pieces in total. After the release of the Vagabondage III, its caliber 1514 was entirely discontinued and has never resurfaced since. Like all other F.P. Journe watches since 2004, it has its bridges and mainplate crafted from solid 18k pink gold. Despite the impressive set of additional complications, the caliber is remarkably thin, allowing F. P. Journe to create an elegant design with a case that is less than 8mm thick.

‘Vagabondage’ was the name chosen by F. P. Journe, and suggested by the French collector Jean Aube, the client who had previously ordered the Carpediem watch. It expresses the wandering of the revolving frame, which captures the hour and keeps it, while continuing its journey around the dial, to indicate the minutes.

The smoked sapphire dial reveals an ultra-rare set of complications with a digital jumping indication of hours and seconds. The caliber 1514 comprises a 1-second constant force mechanism, a kind of device extremely rarely used in wristwatches. Indeed, F. P. Journe is the only brand that uses it regularly. A feature of the constant force device is precision switching once a second when the intermediate spring is rewound. The energy of the intermediate spring is used to power the balance and the escapement, and it changes within well-defined small limits during the entire power reserve period, which makes the watch’s rate very stable. In addition, the constant force mechanism provides another function – it produces a switching impulse for the digital seconds indicator, a world-first and one of the most dynamic complications in modern mechanical wristwatches.

Collectors rate watches from the Vagabondage series as extremely desirable, rare even when compared to the rest of the brand’s collection, which is produced in very limited quantities. The Vagabondage III is a classic, one-time limited-edition collectible that will never be reproduced by the brand in future. 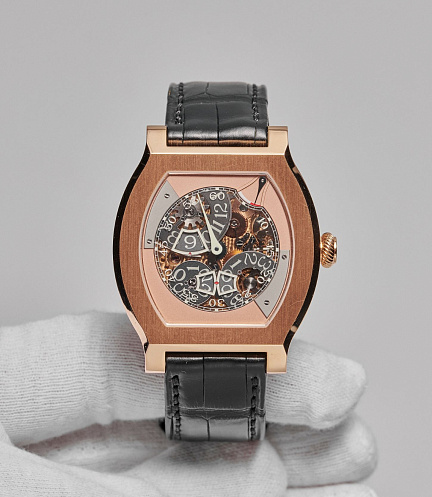 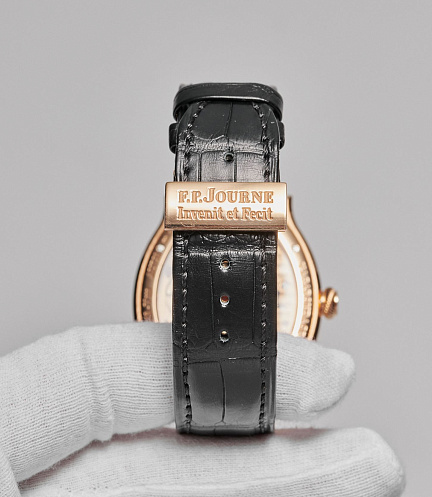 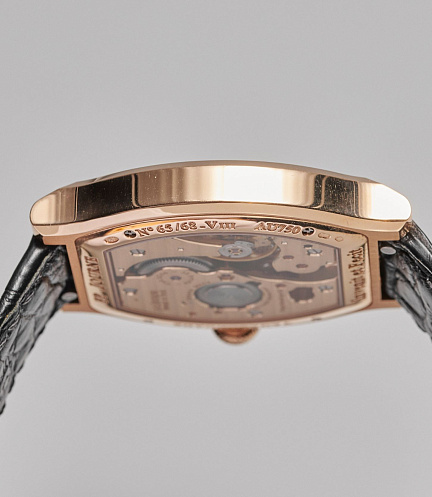 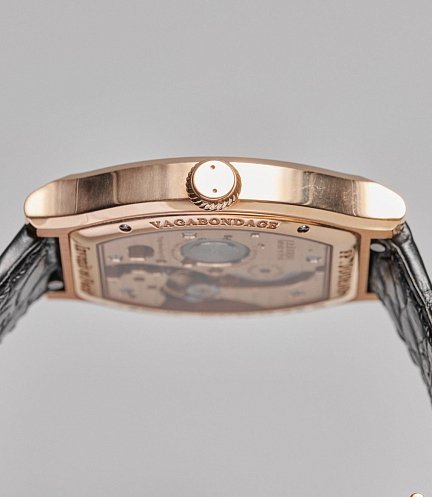 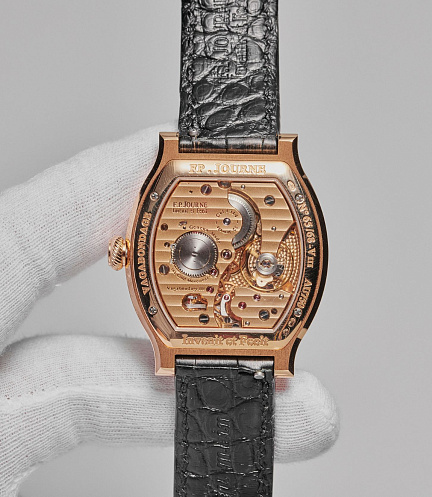