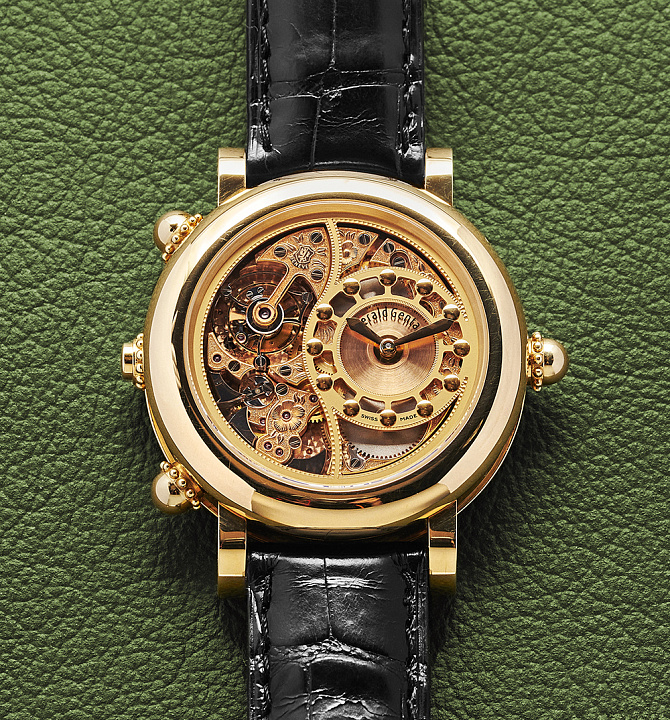 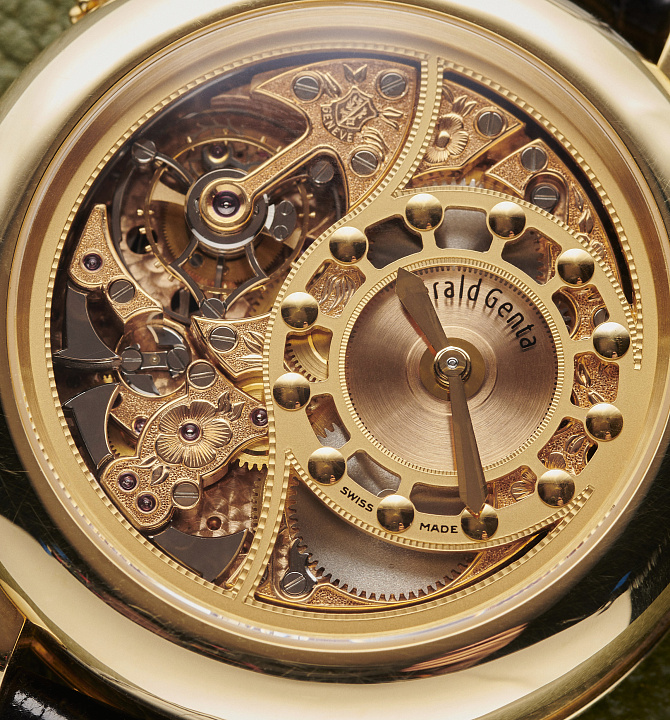 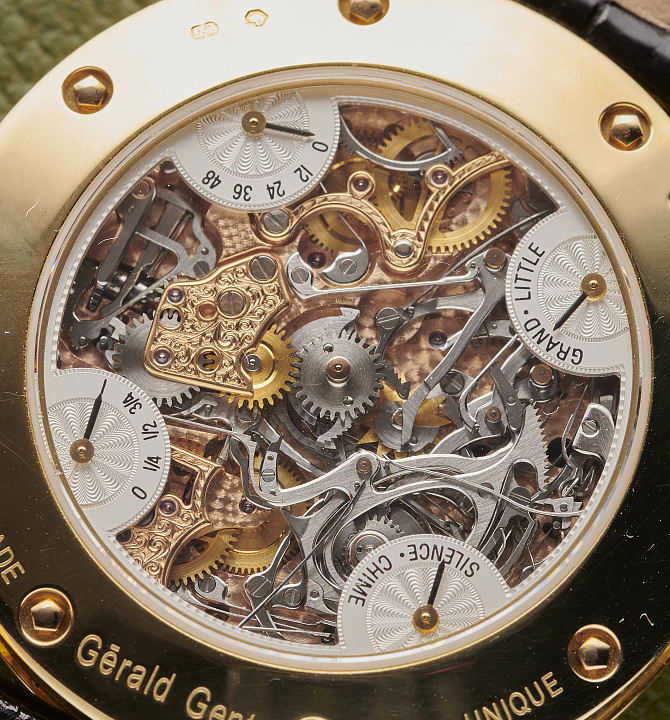 The Grande Sonnerie Carillon Westminster Tourbillon Ref. GS1.X.20.893.CN.BA Piece Unique would appear to be a fine purchase for the collector thanks to its outstanding and memorable design, elaborate hand finishing and decoration of the caliber, and the extraordinary combination of Empire and Baroque styles. The grande and petite sonnerie function, as well as a minute repeater is extremely rare and the most complicated among traditional mechanical haute horlogerie complications, made even more sophisticated by the addition of a tourbillon. It would also be a fine occasion for the collector to obtain one of the iconic timepieces of modern haute horlogerie, originating from Gérald Genta, one of the most well-respected names of luxury watchmaking.

Gérald Genta, considered to be one of the most important modern watch designers and actually the inventor of this profession, during his career collaborated with many renowned Swiss watch manufacturers including Patek Philippe, Audemars Piguet, IWC, Universal Genève, Omega, Bulgari, Cartier, Seiko and others. World famous as the father of the Nautilus and Royal Oak designs, he started his own line in 1969. The Gérald Genta brand is widely known for its outstanding, daring, sometimes provocative designs, fine craftsmanship, and extraordinary uber-complicated sonnerie models. The first version of the Grande Sonnerie movement with a grand chime function, cathedral (Westminster) quarter chime, minute repeater and tourbillon was completed in 1994 by Pierre-Michel Golay, who had been working at Gérald Genta since 1973 and at the time was their technical director. From 2002, he headed the R&D department at Franck Muller. The Gérald Genta brand is now owned by Bulgari, which acquired it in 2000. In 2010 the production of collections with the Gérald Genta brand name ceased to continue, although in 2020 they were restarted, albeit on a very small scale. After 2010 Bulgari continued to produce Grande Sonnerie watches under its own brand name.

Since 1994, Grande Sonnerie wristwatches have been produced in extremely limited quantities, usually a few per year, with the production of one watch usually taking about one year. During its production span, the ultra-complex movement was constantly modernised, and various versions of it were also developed. This includes the caliber 31001 of the present example – hand-wound, chiming and repeating on four hammers onto four gongs, playing a Westminster chime with a different tune for each quarter – and a handful of self-winding movements featuring various configurations with a traditional or retrograde time indication, or with a perpetual calendar. The peculiarity of the present caliber 31001 lies in the use of a reversed hand-fitting scheme, so that the chiming and repeating mechanism, which is usually situated under the dial, is fitted on the reverse side of the watch, while the time indication, tourbillon, striking hammers and gongs are on the dial side of the watch. This scheme was used by Gérald Genta extremely rarely, much less often than other, self-winding versions.

The present example features the hand-wound caliber 31001, chiming and repeating on four hammers onto four gongs, playing a Westminster chime with a different tune for each quarter

The present example is also peculiar in the extraordinary combination of two styles. The round case of the Arena collection and the dial with polished spherical indexes and sword-shaped hands are unmistakably of the Empire style, while the operating elements (the winding and switching crowns, repeater start button), as well as the caliber with golden bridges, decorated by flamboyant ‘fleurisanne’ engraving in the ‘mille fleurs’ version, are signs of the Baroque style. The ‘fleurisanne’ style, which rarely appears in wristwatches (solely of the high-end category), is known to connoisseurs as one of the ways to decorate luxury pocket watches produced in the 19th century for the Chinese market – the so-called Montre Chinoise, whose manufacturers were concentrated in the Swiss town of Fleurier (Val-de-Travers valley, Neuchâtel canton).

Finished to the highest standard, this watch reveals an appealing flamboyant side of high watchmaking art – haute horlogerie. 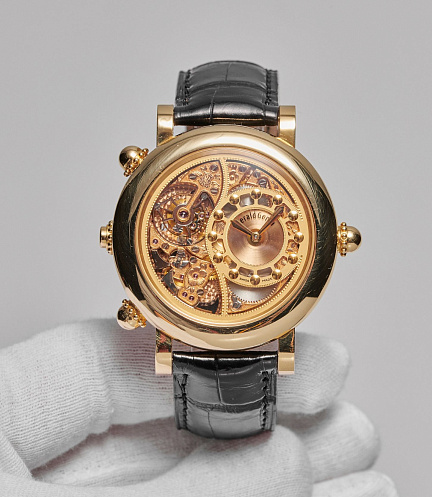 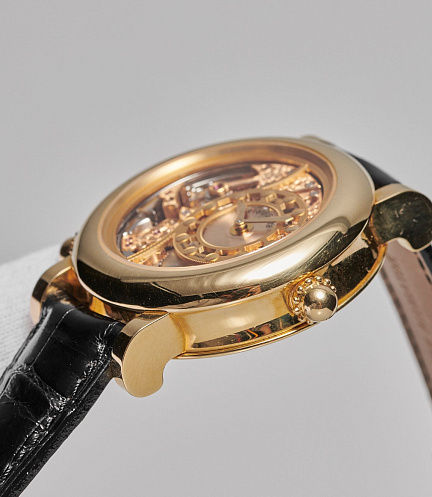 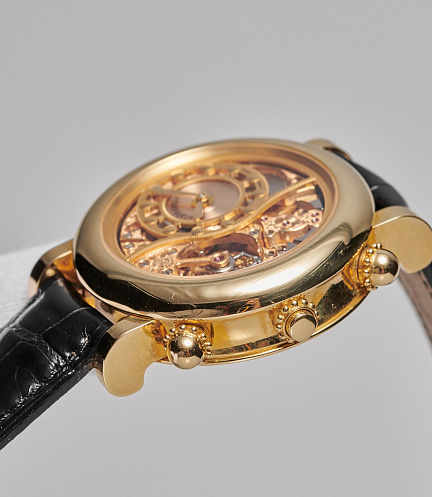 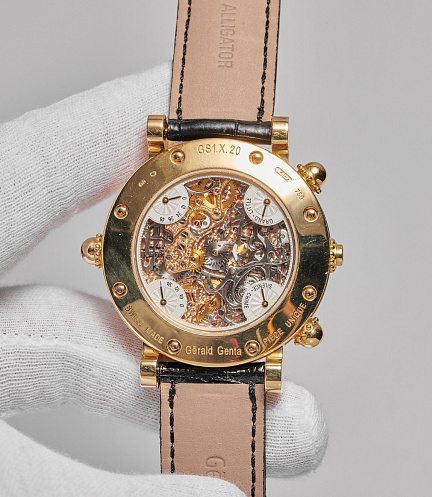 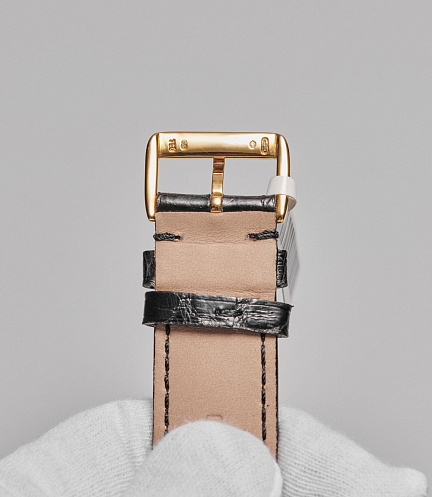 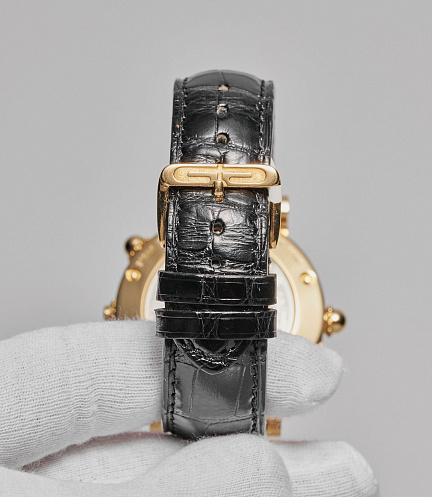 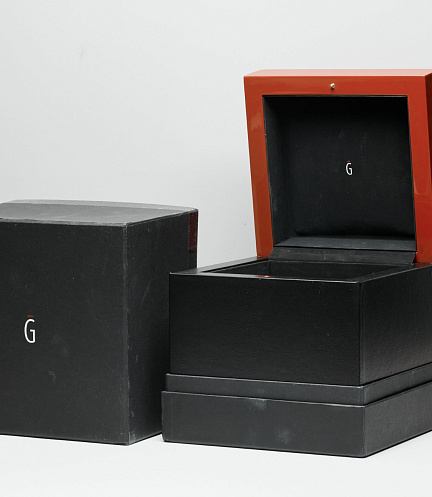 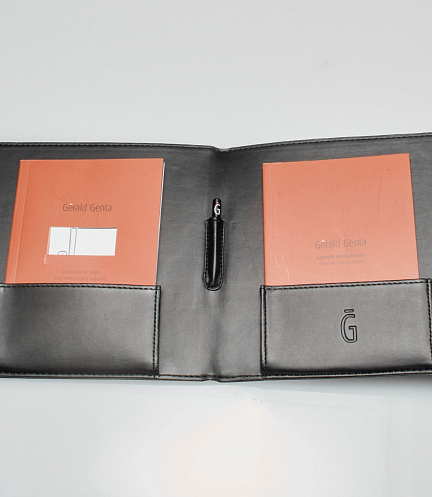